Aerialbanners-Galina produces sky advertising to suit every requirement and has been doing so for over fifteen years. Drawing on our extensive experience, we prioritise the use of high-quality, modern, lightweight and durable materials in 100% nylon with bold colours. Our aerial banners really catch the eye, even from larger distances, giving our clients the attention they seek.

As well as designing and producing your aerial advertising banner, we can also provide experienced pilots to tow your banner right through your target area.

Performance need not be costly, and you can check this out for yourself. We offer you brightly printed aerial publicity banners made from the latest, highly tear-resistant materials, at prices starting from just €13 per square metre.

Aerial advertising offers great flexibility. You decide when and where your ad should be seen. Depending on your target group, you can display it over a major city one day and over a rural area the next. Because of this, aerial advertising is particularly suitable for publicising

Talk to us – we can offer these and other ideas for your campaign.

Why Sky Advertising is so Successful

Compared to other forms of publicity, sky advertising offers a whole range of immediate advantages:

So by flying your banner for an hour over the city of Dortmund, for example, you can reach almost 300,000 people. If you then extend the flight to include other, adjacent cities – in this example, say, Bochum, Oberhausen and Duisburg – then the number of people your message reaches soon far exceeds a million. And you have this for a total investment of slightly under €6,000 in the first year (banner manufacture and flight costs). Depending on the cost per flying hour, the price in the second year drops to roughly €3,000. Compared to sky advertising, other forms of advertising appear costly indeed.

Consider placing a print ad in the ‘Frankfurter Allgemeine Sonntagszeitung’ (a quality Sunday paper): again, you might reach a million readers. Yet here the true number is lower, consisting only of those readers who consciously perceive the ad – and remember it – while the cost for a half-page commercial is some €34,850, far greater than that of the aerial campaign. (Source: FAZ media rates)

A further benefit of aerial advertising and aerial banners:

Once your banner has been manufactured, you can use it for up to 300 flying hours or a maximum of five years. Thus with recurring campaigns for which you already have the banner, you pay only the flight costs.

Available in all sizes, in bright, long-lasting colours 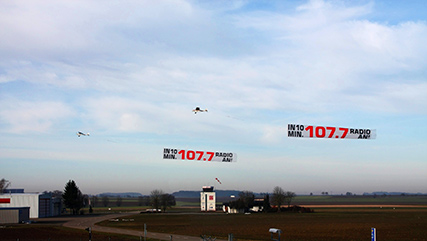 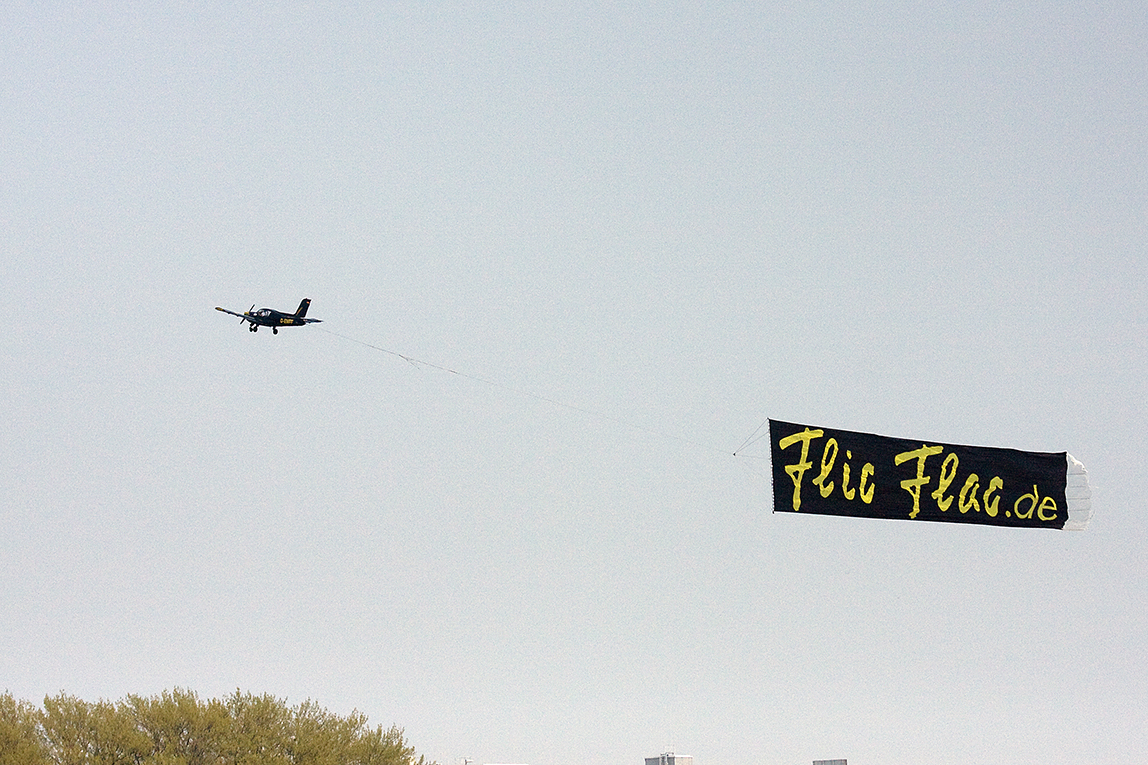 High-quality banners for aerial advertising do not need to be expensive. Check it out for yourself: here are our prices for banners for use with light aircraft, including printing, manufacture and VAT up to a maximum size of 250 square metres

Extra costs for producing the web and for delivery: €150. Delivery time depends on size and design and is between one and five weeks.

Shorter delivery times or fixed delivery dates can be agreed for a flat additional charge of €200.

We can also produce special sizes, such as banners for helicopters, available up to 5000 square metres. Contact us to discuss your specific requirements and for a detailed quote.

Our Guarantee: Our aerial advertising banners are manufactured for maximum safety. You can thus use them for up to 300 hours or five years (whichever comes first).

The Material Used for our Aerial Banners

Fifteen years ago, when we started producing banners for aerial advertising, the materials were heavy and the lettering was painted on by hand, one letter at a time. Weighing between 45 and 60 grammes per square metre, they were so heavy that many aircraft could only just tow a 120 square metre banner. Since aircraft towing advertising banners are required to keep a minimum altitude of 600 metres, these banners were difficult to read, and the advertising impact was correspondingly small.

The situation today is very different. Modern banners for sky advertising are made of up to 100% nylon, double-coated in polyurethane and printed in bright, long-lasting colours. This makes them water-repellent, tear-resistant and extremely lightweight. We print the banners using exclusively an environmentally friendly digital printing process. That makes them durable, washable and colourfast, and yet free of solvents. Including printing, the weight of an aerial banner is as low as 35 grammes per square metre. Thus the total weight of a 150 sqm banner, without the web, is only 5.5 kilograms.

This low overall weight means that banners today can be over 200 square metres in size, making them easy to see and read even from long distances. So it is possible to display and gain attention for more than just company logos: now you can put out entire text messages and rest assured that they will be clearly read.

Services for Your Aerial Advertising Campaign

Already got an idea for a banner and ready to have it produced? Then just send us a PDF of the design. We will produce your banner in any size up to 250 square metres to your individual specifications.

If meanwhile you would like support for the graphic design, our graphics department is able to help you.

Maximise your impact with oversized sky advertising. You can do this with our helicopter banners, which we make to your individual specifications in sizes up to 5,000 square metres.

We will be happy to offer your own design in the size you choose. Just contact us to take your idea further.

Consider a windsock for positioning near a road bridge, on an airfield or in a garden area. We produce windsocks with diameters from 40 to 150 centimetres. To your specific requirements, of course.

Just talk to us.

Banners for Trade Fairs and Events

Your advertising banner will attract attention where it has high visibility, such as at trade fairs or events. We will design and produce your banner to your exact requirements.

Talk to us directly. 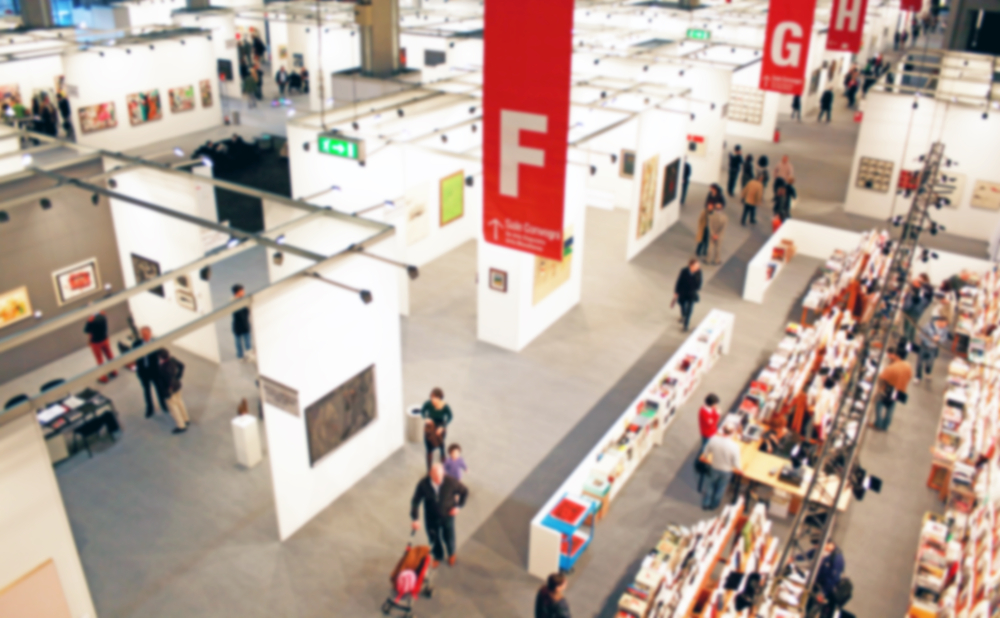 Questions? Then contact us directly.
You can reach us at:

We look forward to your call.